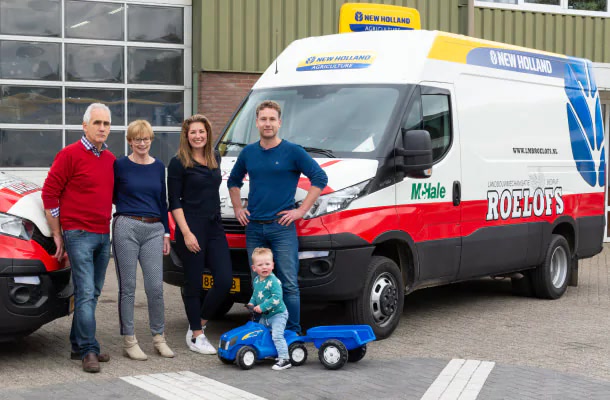 Roelofs Landbouwmechanisatie is an important player in the agricultural sector. The Bennekom family business has over 33 years experience in agricultural mechanization. The dealership for A-brands such as New Holland and the import of McHale machines and JPM trailers offer Roelofs Landbouwmechanisatie exclusivity in the market. In combination with the successful trade in used machines for agriculture, forestry and landscaping, the future of the company looks bright. Recently father Ton transferred the company to son Ruben.

In the past decades, we have built a beautiful company".

Where it all began

In the past decades we have built a beautiful company', Ton looks back. In the eighties I worked at the headquarters of Leonard Lang, then the importer of Fiat for the Benelux. Lang was the representative for Fiat tractors and harvesters, and for various other brands. This also included maintenance, repair and parts supply.' A few years later, Lang lost the importer's position for Fiat Agri. The company had little affinity with the agro-world and was more focused on cars. The result was that the agro-branches could be sold or taken over. A new manager came to this branch and I chose to leave a year later. Not long after, I received a phone call asking if I wanted to take over the company and the staff. In one bundle, so to speak. I was very interested and so I became an employer instead of an employee. I then started the company together with my brother Jos! 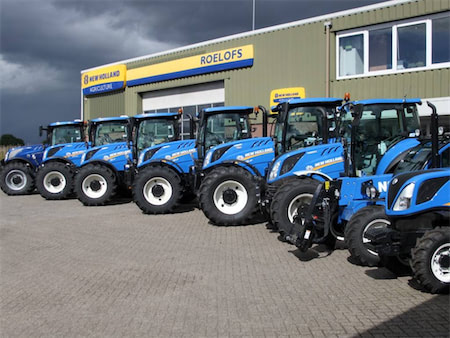 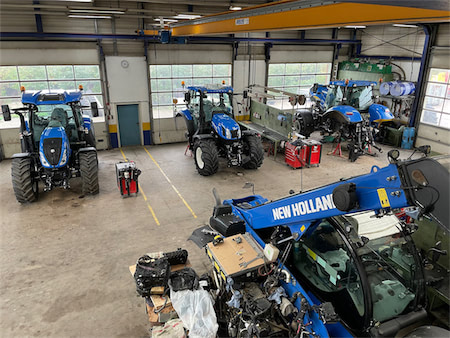 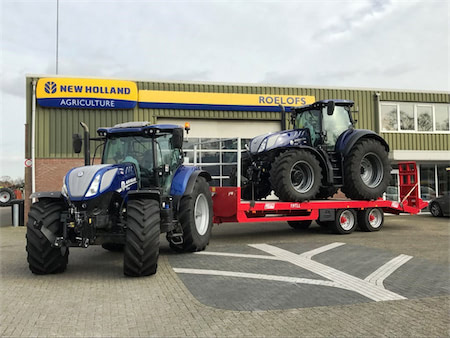 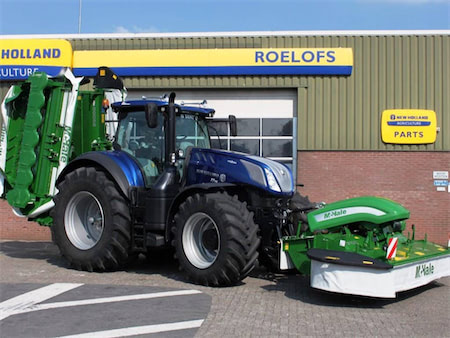 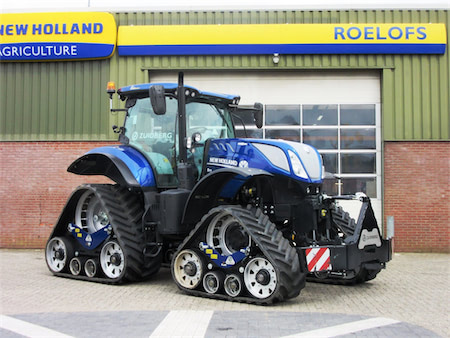 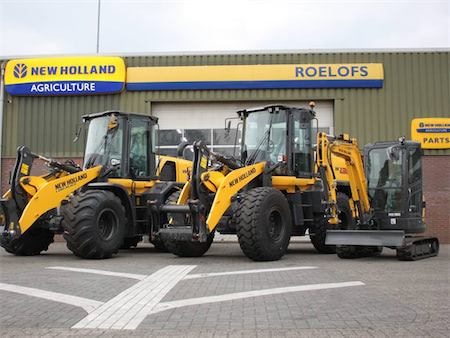 With experienced service technicians, a complete warehouse and a well-equipped workshop, our team is ready for you 24 hours a day for optimal service.

With experienced warehouse staff and an extensive warehouse, you can go to agricultural mechanization company Roelofs for all your questions about parts for your machinery. 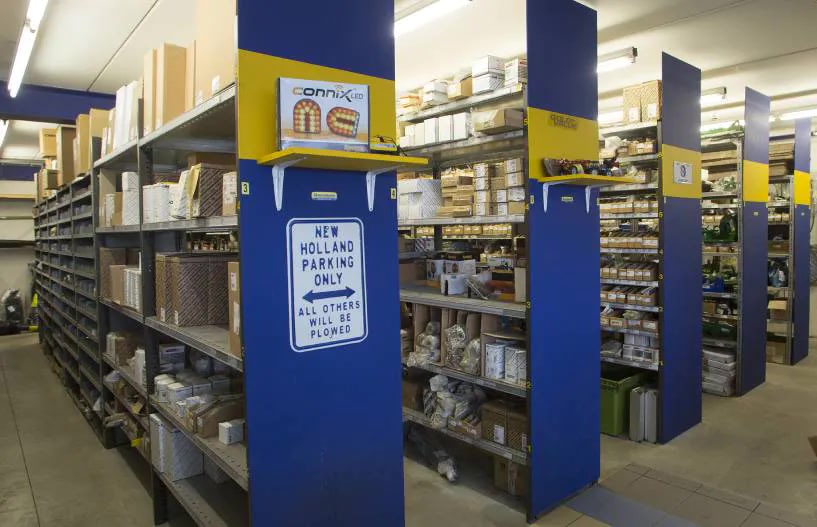